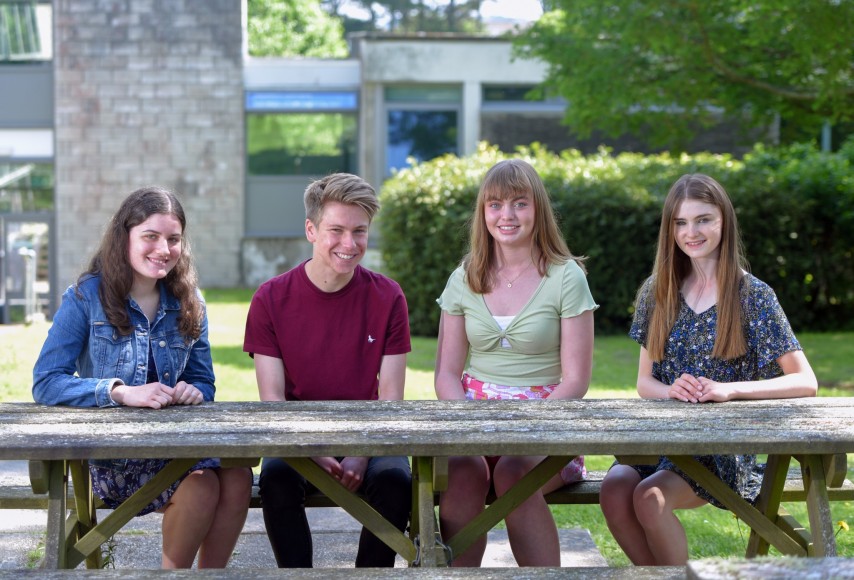 Falmouth College have elected a new Student Presidency Team for 2021/22 after a tough process and some very impressive interviews.  It was a difficult decision for the College team to make as the quality was so high.  The final decision saw Mya Gurrin appointed as the new President and the vice president Tegan Underwood. Summer Blackford was appointed Charity Lead and there is also a role for Samuel Hammond, who was appointed Well-being Officer following a strong interview.

Fittingly for the newest role, the team’s first task will focus on student well-being.

President, Mya, said "I am looking forward to working as a team to get everyone’s ideas across, as well as promoting more awareness of current affairs, reading and mental health within the college. I hope to provide more information regarding options post 6th form as well preparation for university living."

Vice President, Tegan, said "As Vice-President I aim to make the college an even more welcoming and enjoyable place, helping students reach their full potential".

Charity Lead, Summer, said "When I become charity lead, I would like to create a system whereby students can vote for charities that are important to them and that they would like to raise money for. This is because some charities aren't as well known, and if we help a charity which is particularly important to some students, they will feel like we are listening to them and they will build a sense of trust and a connection with us."

Well-Being Lead, Sam, said "As a member of the Presidency Team, I aim to create a close-knit community that looks out for each other, encourages one another and ultimately shares in everyone's successes."

Head of Falmouth College Dr Matt Fox spoke of how the candidates stood out during the interview process. “All four students who were appointed impressed the interview panel with their ideas and enthusiasm. We’re really looking forward to working with them to continue to make Falmouth College an excellent community and environmentally friendly place to be,” he said.