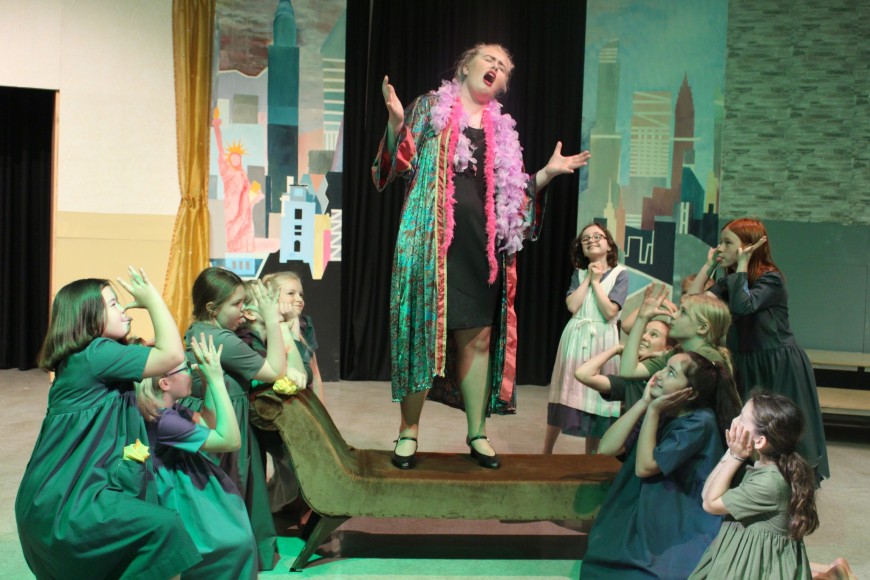 Falmouth School’s production of Annie the Musical proved a massive hit last week, with audiences flocking to see what was another incredible show! The annual school production is always keenly anticipated and as ever tickets were in high demand with over 600 people in attendance across the three showings. For a third year, Falmouth School students also welcomed primary school students from Falmouth MAT schools King Charles and St Francis to the production.

There was a huge abundance of talent on display from the students and in more ways than one. An exceptional array of acting, dancing, singing and musical performance captivated the audience, with every single member of the cast having a major input in what was a hugely successful three nights. There was also a fabulously attended matinee the day before the show opened, with hundreds of local primary school students flocking to Falmouth School!

The lead role of Annie was split between Emily Sabien and Sennen Austin Smith for two performances each, with both girls excelling in the role. A word too for Woody the dog, who played Sandy and was fantastic! The orphans brought plenty of energy with lots of singing and choreographed routines including many from King Charles school, as did the ‘Broadway Tappers’ and ‘Servants’ in some catchy numbers that had the audience tapping their feet and signing along. College students were performing as part of their A Level courses and gave superb performances including some convincing American accents! It would be impossible to pick out any students in particular for their performances with such talented displays from everyone.

Jeremy Eden, Subject Lead in Drama, said “What a great production these students have presented to us this week. I am so pleased with and proud of all cast members, from those who were in their first show to the four Year 13 students in their final one. As ever, many, many thanks to the large team of staff from across the MAT! Without them a show of this scale, delivered in such a slick style, would not have been possible to put on.”