The History Department are happy to announce the History GCSE London trip. It will take place on  October 8th – 10th 2014. The  itinerary includes visits to : 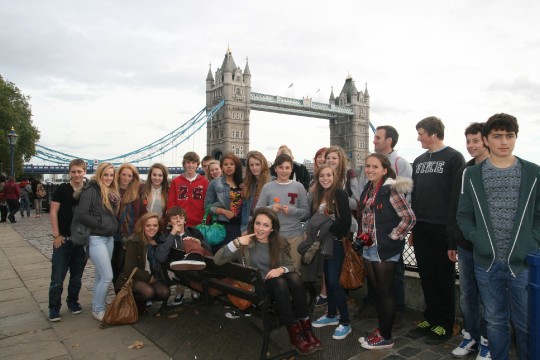 the Most Famous Bridge in the World.

The Tower of London

See The White Tower and Crown Jewels. The White Tower is one of the most famous castle keeps in the world. It was built, to awe, subdue and terrify Londoners and to deter foreign invaders. It’s an iconic symbol of London and Britain.

Along with the rest of the Tower complex, the White Tower is one of the most important historic buildings in the world.

The Dungeons brings together an amazing cast of theatrical actors, special effects, stages, scenes and rides in a truly unique and exciting walk through experience that you see, hear, touch, smell and feel. It’s hilarious fun and it’s sometimes a bit scary.

Westminster Abbey is one of the world’s greatest churches, a designated World Heritage Site and ‘Royal Peculiar’, which means the Dean is directly answerable to the monarch. The coronation of Kings and Queens has taken place here since 1066, and many of the nation’s Kings and Queens are buried in the Abbey

The all inclusive cost is £250

Letters and further details are available from Ms Potts

Letters from the Headteacher