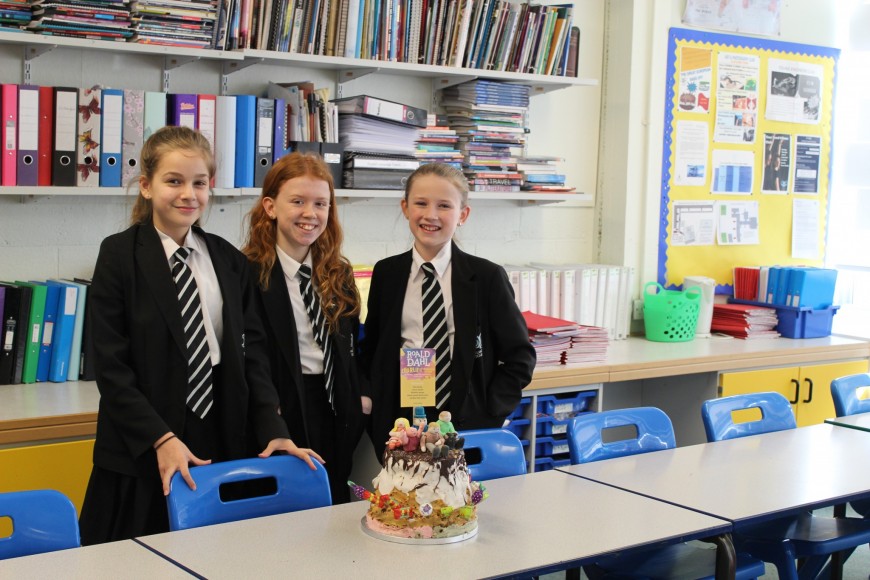 What would happen if Mary Berry met J.K Rowling? A Great Bookish Bake Off - and that's exactly what happened in the English department at Falmouth School last week.

To celebrate World Book Day, students were asked to bake a cake inspired by a book and the results were g-astronomical! With plenty of entries from students and staff, judging was a difficult task. The winners were eventually narrowed down to two Year 7 winners and three in Year 8.

In Year 7, Grace Pennock's chocolate sculpture inspired by Enid Blyton's Magic Faraway Tree was like a piece of art! The team of Scarlet, Mabel, May and Hester worked together to make an amazing ‘Charlie and the Chocolate Factory’ three tiered sponge cake that looked as if it had been baked by a professional!

In Year 8 - Erin Mooney's Turkish delight topped ‘The Lion, The Witch and The Wardrobe’ cake tasted even better than it looked. Aaron Jones' Harry Potter cake was spellbinding and there must have been some wizardry in his kitchen and last but definitely not least was Tegan Stuart and Eve Toy's Gruffalo Cake, which was another awe inspiring effort!

Students raised close to £100 for a chosen charity that is yet to be decided by students who sold the delicious cakes, with the winners picking up prizes for their amazing efforts. Well done everyone who got involved!