Students in Year 7 and 8 have been busy reading their favourite books ahead of the recent Accelerated Reader awards. Lower School students (Year 7 and 8) have been monitored on how many words they have read, how many quizzes they’ve passed and how many points have been amassed as a result. The student who had made the most progress overall won the main prize of a brand new kindle!

Both year groups have done outstandingly well, with over 60 students in each year passing 100% of the quizzes they had taken part in and some students reading over a staggering 4,000,000 words! Awards were given to Year 7 students from the previous term, while Year 8 students’ points were considered from when they began life at Falmouth School in September 2015.

In Year 7 there was a hat trick for Lyla Reade, who picked up the awards for most quizzes passed, most words read and most points overall. Cerys Wilcox was the recipient of the kindle for most progress having made a huge jump of four levels. Awards for Year 8 were slightly different in that records dated back nearly 18 months, which meant Emily Clarke amassed the most words read during the last term, with Ruby Woodiwiss reading the most overall since September 2015 with a huge 4,479,665 words.

The final awards went to William McGarry for most quizzes passed and Steven Bull for the most points obtained. Raff Zwart also made an excellent three levels of progress to also win a kindle. Students at Falmouth School will have the chance to win these prizes again next term, so keep reading! 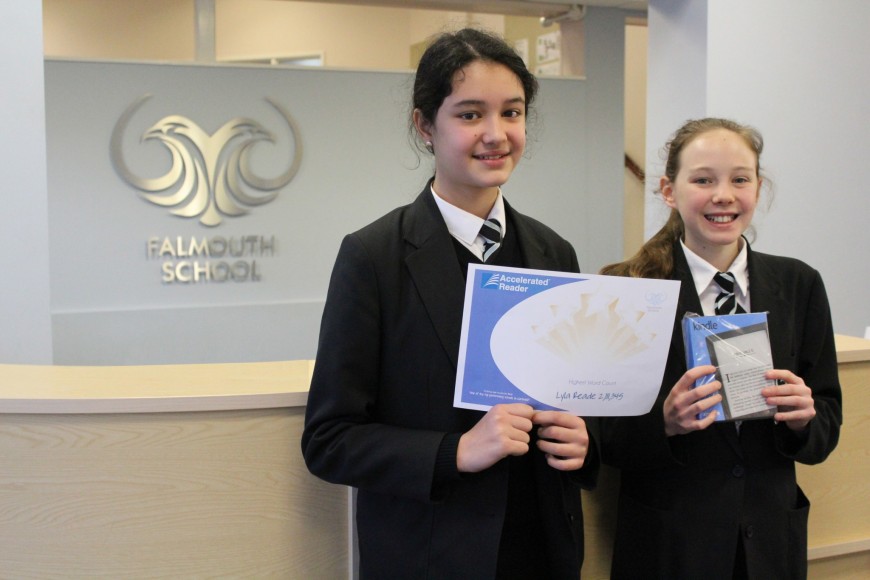 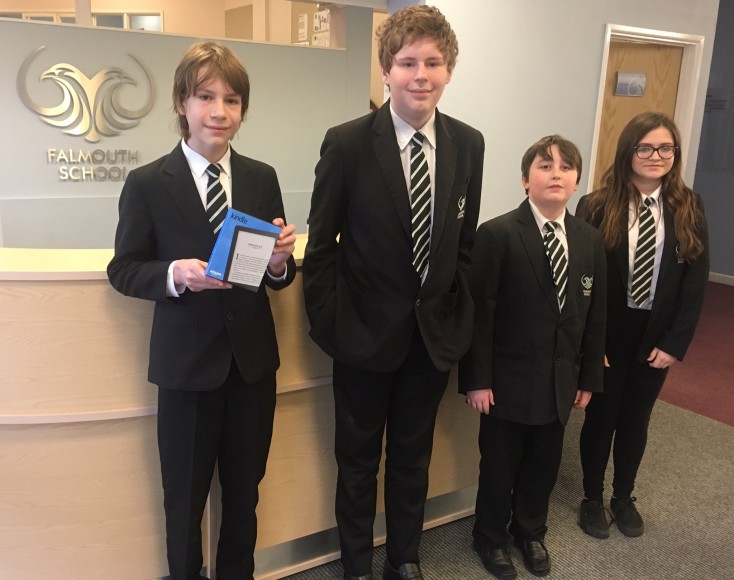