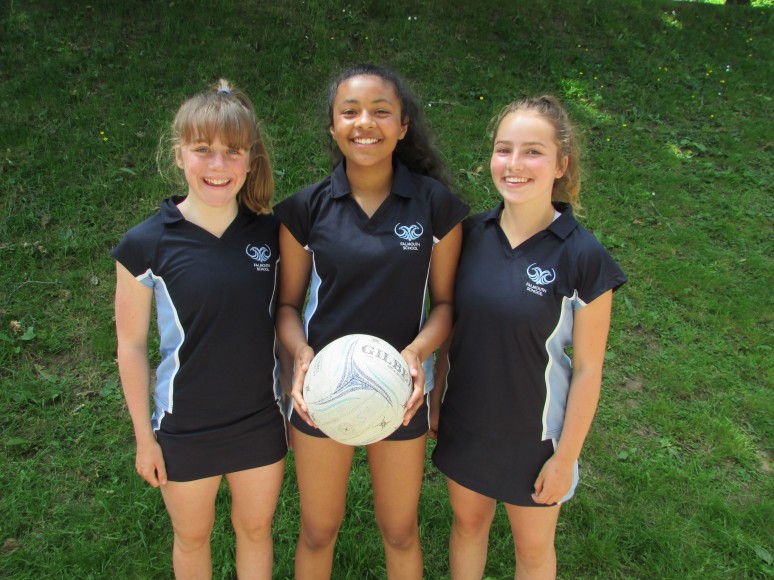 Falmouth School students Georgia Hawkins, Maia Whyatt, Rosie Evans and Tabi Fergus have all be selected for the Cornwall Satellite Under 13 Academy for the coming netball season 2016/2017.  The girls were all successful through the trial phase, in which over 150 girls participated. The academy only selects 20 players each season, which makes the girls achievement even more impressive.

Each of the girls has worked extremely hard over the past 12 months playing netball for the school and also their respective clubs, where they each play in the Cornwall Junior league on Saturdays at the Ben Ainslie Centre in Truro. Tabi, Maia and Georgia play for Saints Netball club (Truro) and Rosie plays for Penryn Netball club away from school.

PE teacher at Falmouth School, Mrs Thirlby, was delighted that the girls were called up. “The girls have done amazingly well to be selected. They all work extremely hard and everyone here is so proud of them.” Maia added “It’s great to be selected, especially alongside three of my friends. We’re all looking forward to the getting started and working hard.”